Some guys have it easy.

When i first started tromping around the backcountry of the Sierra Nevada, I knew right away that I wanted a Golden. It took me several trips to find a lake that still had Goldens in it. It was fun, and a real reward when I finally got one. I felt like I really worked for it. But we as fishermen never turn away an easy target. Haven't heard many guys lamenting over their day end brew that they wished they had not caught so many.

Last week my plans got a little scrambled when my girl had a stomach bug and couldnt make our trip. I called up my buddy Steve, who has been a trophy bass fishing buddy of mine for a few years.He is a fisheries biologist and has always wanted to catch a Golden Trout in the high country. We made our plans the night before to go to a seldom visited corner of the Deso and try and get him his first taste of Gold.

I've been to the lake before, but I had previously included it in a big loop, so the trail we went in on was unfamiliar to us both. We had a pretty good hike in, although it took awhile. Its a pretty long hump back in there, and Steve has got a bum hip. We made it in alright though, and we had camp set up by 4pm. 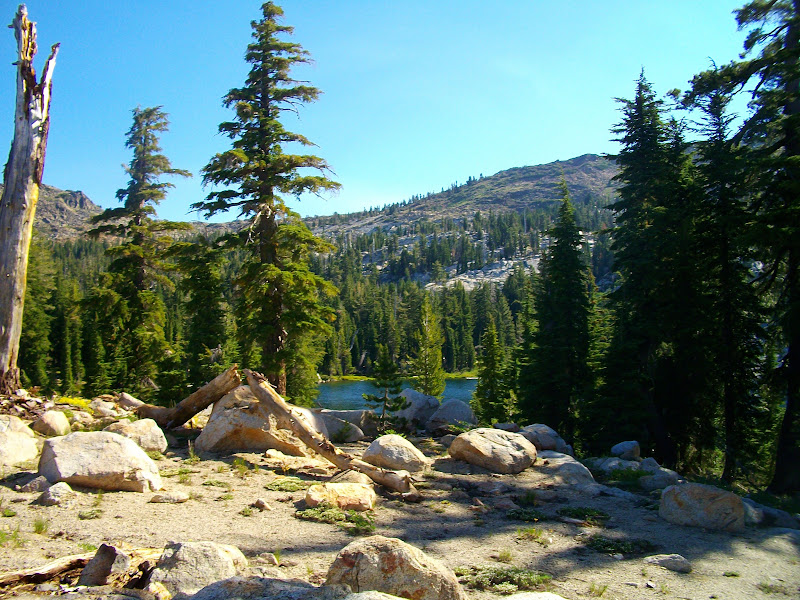 We scrambled to get rods strung and made our way down to the water. I hooked him up with a big old hopper, and said a silent prayer to the fish gods to grant him a Golden. I had some reservations about whether he would be able to get one. He hadnt fly fished in forever, his loaner rig was pretty decrepit, and in my previous trips this lake gave up fish, but not a bunch. I stood there and watched to see if his rig would throw a decent line, and if his arm remembered how to cast a fly.

You know that maneuver we all make when starting to fish? That one where you take a couple pulls off the reel and kinda flip the line out a few feet in front of you before you start casting? Yeah, that maneuver. No sooner had he flopped that 10ft of line out, he had a Golden come over and whack that chunk of foam and hair! It was pretty cool. Four seconds into his first Golden Trout trip, and he had one pinned to the short line! It popped off after a few seconds, but I felt pretty confident that he would be able to scrounge up his Golden this trip. Not a minute later and his longtime goal had been reached.

After some high fives and pictures, I moved myself down the shore, waded out onto a boulder, and got to work. The action continued for both of us, lots of misses and a few Goldens to hand. I had billed this trip as being as secluded as we could get on a single overnight. Not an hour into our fishing, I was pretty bummed to see a couple hikers walking up to the lake, which is at the end of this trail. It turns out that they were Department of Fish and Game personnel who were headed cross country over the ridge to the basin on the other side. They were there to do amphibian research. We talked to them for probably half an hour as they took a break. Turns out that Steve and them knew some of the same people. We got to get some of the inside scoop on this whole MYLF debacle.

By 7 o'clock we were pretty bushed and ready for dinner and our bags. It was a surprisingly cold night for as low as we were. I had oatmeal and tea in my gullet by 8 a.m. and was off on my morning hunt while Steve caught another hour of sleep. 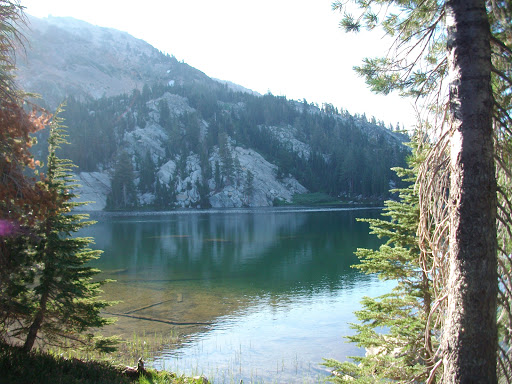 The day would prove to be quite a bit slower than what we experienced the evening before, but we managed a few more apiece. 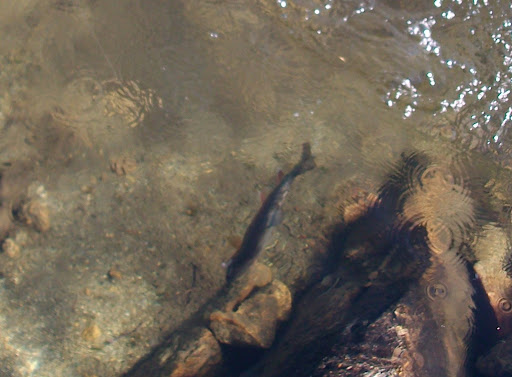 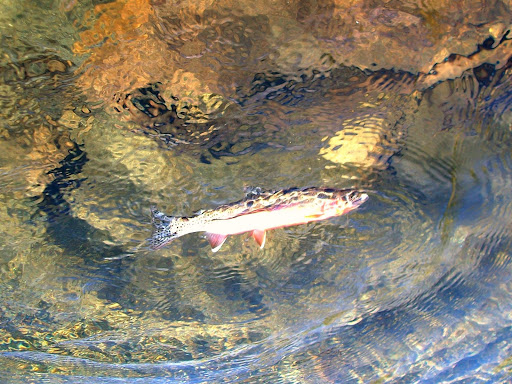 By midday the fishing was pretty tough. I found one of those awesome Sierra La-Z Boy granite slabs and set down and read for awhile. What a spot. 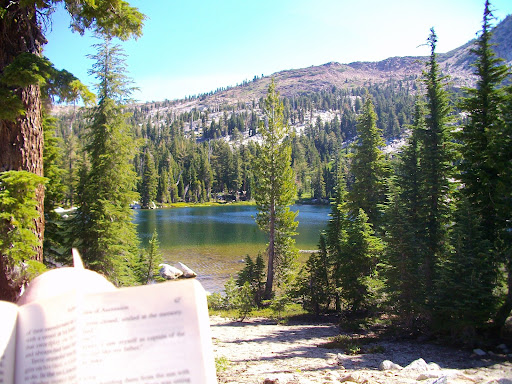 All too soon we realized that we had better head back down the hill. As we were going down, birdwatcher Steve kept us entertained with all manner of bird geekery and we spotted a fairly small black bear too. Towards the end, it seemed as if the trail never would. But I was struck by this particular meadow. 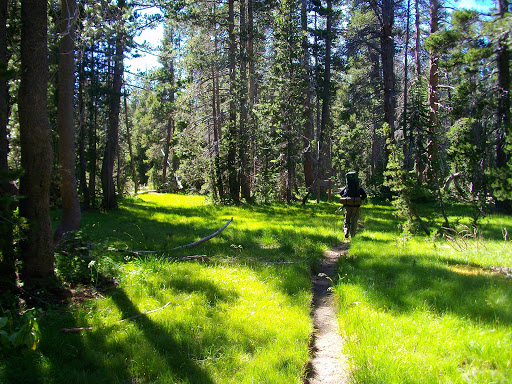 All in all, a great quick little trip. It was cool to go with Steve, who I really only see from the back of a bass boat. Just another slice of the Sierras that I will keep with me the rest of my life.
By Jay at 1:44 AM